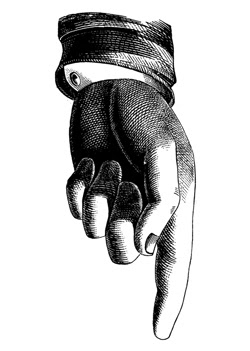 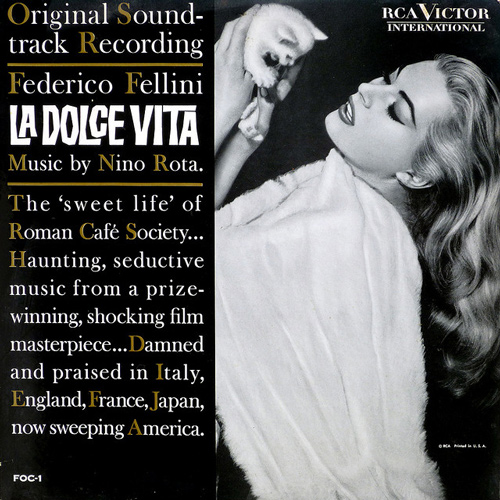 The following list of 'Menippean Topics' was found on several sheets of paper neatly tucked inside the record jacket of the Nino Rota soundtrack LP to Federico Fellini's 'La Dolce Vita,' which was purchased with about a dozen other records at a yard sale in The Annex neighbourhoood of Toronto, on a sunny Spring Saturday afternoon in 1986. As a sidenote, one of the other LPs purchased that day was a 'sealed copy' of Lou Reed's 'Metal Machine Music'2xLP, which was 'nabbed' for a measly 10 bucks. [Which co-incidently, has just been re-released in a digitally remastered edition on Sister Ray Recordings, and released on 180 gram Double Vinyl, AUDIO DVD and BLU-RAY.
MENIPPEAN TOPICS

The chief techniques of defining a work as Menippean satire have been three: either (a) simply by the formula, "a mixture of verse and prose," or (b) by a comparison of its contents with those of a known Menippean satire, or (c) by means of a "definitive" list of features. Each of these is inadequate to deal with the problem of definition of the form, Menippean satire. The first is inadequate both because it allows for the inclusion of works that are not Menippean, and because it excludes a great variety of works that are - that are either wholly in verse or wholly in prose. The second is inadequate because it too makes no provision for innovation. While the third (and most popular) likewise does not provide for innovation, it is also inadequate because critics have not agreed upon what such a list should contain and because, as this appendix illustrates, a complete and thereby definitive list would be unwieldy if it were in fact possible to compile one. Further, in all probability, no Menippean satire would use all of the ingredients of such a list. Moreover, all three techniques are inadequate because they result from appraising Menippean satire abstractly and descriptively, from a distance, and because they ignore the interaction of the satire with the reader.

As has been shown in Part One, descriptive or abstract approaches fail to come to grips with Menippean satire for the reason that it is inseparable from its effect on its audience. All of the features hitherto used to describe the form, or any example of it, may be regarded as tactics chosen by a Menippist to engage and retune the sensibilities of a reader by deliberately violating his sense of decorum in one or another way. If the catalog of features appears to grow with each period of Menippism, then, it does so because the Menippist has a new, or at least a different, audience sensibility to contend with. For each change of sensibility implies both an intensifying of awareness in some areas of experience and a blunting of awareness in others. Furthermore, the catalog may be enlarged for the Menippist by the development, either through his own work or others', of new literary patterns and techniques. This may in some measure account for the paradoxical fact that Menippean satire is at once highly experimental and highly conservative of tradition (it is mimetic).

The following list of Menippean topics does not attempt to be exhaustive: it includes little more than the commonplace features - e.g., those discussed by Frye, Williams, Bakhtin and Korkowski. While its size may demonstrate the futility of a merely descriptive approach, the list may serve another purpose. A structural study of these and other Menippean topics may eventually yield basic patterns of Menippean decorum which will in turn provide greater knowledge of how human perception is altered and managed.

Almanackers. They were often used as the butts of the satires, as street-level philosophi gloriosi. Cf. The Owle's Almanacke by L.L. (Laurence Lyly). Astrologers have been attacked regularly by Menippists since Lucian's Astrologia. Cf. Nashe ("Adam Fouleweather"), Rabelais, Dekker.

Anonymous Author. The author's anonymity is apologised for in a fake introduction, for example, one written by the printer or bookseller who might plead any of several reasons. A common reason is that the author, a man of quality, does not wish to reveal himself as a writer of this sort of production. E.g.: Donne's Ignatius, His Conclave, Swift's Tale. In a variant, Joyce would often aver that his interlocutors in conversation, or passersby in the street, were composing and writing Finnegans Wake, not he.

Apologiae for the Work. One or more apologies are often used to establish relations to other Menippists, by citation, by reference, or by plagiarism. They can be used to establish tone, to banter with the reader, or to lay trails of red herrings. They may appear at the beginning of the work (as in Donne's Ignatius or in French editions of La Satyre Menippée) or anywhere inside as a digression (as in Harington's Ajax and Sterne's Tristram Shandy).

Autonomous Author. The author exults in a freedom to do whatever occurs to him. This topic is frequent. Examples include Lucian, Seneca, Fronto, Synesius, Erasmus (Folly), the Obscure Epistolers, Agrippa, Despérieres' dogs, Rabelais, Swift, Sterne, Byron. Sterne: "I have a strong propensity in me to begin this chapter very nonsensically, and I will not balk my fancy. - Accordingly I set off thus." (Tristram, p.74).

Autonomous Pen. The pen, or the act of writing, is remarked to take control of the author or narrative and to pursue its own course, observed and commented upon by the author who feigns powerlessness to control it. Ancient mock-eulogists had similarly feigned powerlessness to control their rambling oratory. E.g.: Epistolae Obscurorum Virorum (1516); Swift, Tale of a Tub; Sterne, Tristram; Nashe, Lenten Stuffe. Sterne has: "In a word, my pen takes its course... I write a careless kind of civil, nonsensical, good humoured Shandean book, which will do all your hearts good...." And: "But this is neither here nor there - why do I mention it? - ask my pen - it governs me – I govern not it." Tristram Shandy, ed., Work, pp.436, 416)Banquet. A favored Menippean device for displaying gluttony and other excesses, this topic also serves as both a strategy and a symbol of Menippean encyclopedism. The range of users is from Petronius (Trimalchio) through Rabelais to Finnegans Wake. (In the ballad, the party at the Wake becomes so rowdy that the corpse rises and joins in the fun.) The Wake is a banquet in many senses: of history, of learning, of languages, of personae, of words and puns, etc. Other examples may be found in Lucian, Convivium, the symposia of Varro, Athenaeus' Deipno-sophists, Macrobius, Beroalde's (Francois Beroalde de Verville's) Moyen de Parvenir (a philosophic banquet of the dead), La Satyre Menippée and Bouchet's Les Serées (1583-4). In the sixteenth century, the French seem to have enjoyed Menippean banquets particularly. Perhaps this topic is a direct link to the derivation of "satire" from satura lanx. See also Michael Coffey's article in the Oxford Classical Dictionary for a brief conspectus of ancient symposium literature.Blustering Narrator. The author asserts his authority (extreme), an assertion often couched in Herculean terms. This is often accompanied by a teasing of the reader and chitchat or feigned worry about the book's organization. Swift's is perhaps the most complete example. The hack, in Tale of a Tub, claims "Absolute Authority in Right, as the freshest Modern, which gives me a Despotic Power over all Authors before me..." and so on. This remark is contained in a "Panegyrical Preface," which is put in Section V of the Tale. The long line of Menippean precedents includes Lucian's Alexander the False Prophet, Cornelius Agrippa's De Incertitudine, Nashe's Lenten Stuffe, Burton's Anatomy (e.g., II.4.2.1, III.2.3, and I.2.4.7), and John Taylor. In A Voyage Round the World, Dunton demands, as he opens a new chapter, "Room for a Rambler - (or else I'll run over ye)." 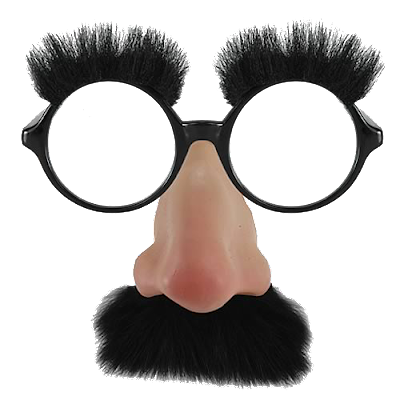