Menippean Topics : Descent into the Underworld or Afterlife to Doggishness 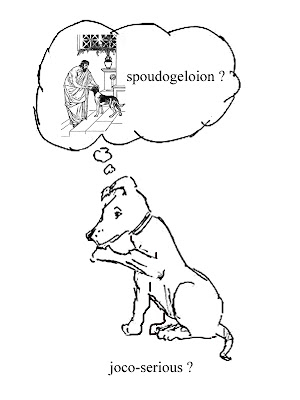 Descent into the Underworld or Afterlife. This topic is related to those of the tour through hell (or heaven), the fantastic journey, travel to the moon, Dialogs of the Dead and imaginary conversations (Cf. Landor). A fundamental Menippean strategy directly related to Cynicism, the descent is useful for exposing folly and pretension in this life by way of the "democratic" levelling and occasional comeuppances of the next. Swift's tour of the madhouse is a variety of the tour through hell: several of his "madmen" are doing, by their own inclination, exactly what the damned in other Menippean satires - particularly Dunton's Second Part of the New Quevedo - were doing as a punishment in the next world. This topic is especially used against the philosophi gloriosi, intellectual and social cranks, and snobs of all kinds. Menippus probably wrote one: certainly his two greatest ancient imitators did so - Varro and Lucian. Seneca's Claudius is of this type.

Diagrams and Drawings. The author reproduces in the text engineering plans for assembly of real or imagined machines, that may or may not be referred to in the text of the satire, and that may or may not work when assembled according to instructions (which may or may not be provided). This topic is often used to lampoon physicists, engineers and other "projectors" and schemers. In Harington's Ajax, to cite one example, none of the parts in the "disassembled" drawing can be found in the "assembled" drawing.

Dialogs of the Dead. A variant of the topics of Banquet and Descent into the Underworld, this device allows a cast of characters widely separated in time to be brought together. Their conversation, sometimes with the narrator, may run to matters concerning the audience for the satire, or each other, or trifles, or all of these.

Digressiveness. This has been called the heart and soul of Menippean satire. It is achieved in many ways. Nearly every Menippean topic is a form of digression from the normal or expected, ranging from violations of stylistic decorum to violations of narrative sequence, of time (Dialogs of the Dead), of probability (the author writes before birth or after death), of physical size or capacity (Rabelais), and so on. This can also take the form of repeatedly promising to come to the point, and never doing it, as in Harington, Dunton, Swift and Sterne, for example. The point of a passage in Finnegans Wake is seldom found except after extreme labors with the text, and then it may be an irrelevancy. For the Menippist, the labors are the point. In a variant, John Fowles provided several alternative endings to The French Lieutenant's Woman. Inherent in the structure of the frame tale (Milesian tale) and the double-plot epyllion, digressiveness is a strategy for attacking and adjusting the reader's sensibilities. It is a form of structural ambiguity.

Diogenes. He and other Cynic philosophers may be used in a satire as key characters, or may just be referred to now and then, or they can be used to provide running commentary from the sidelines on a satire. Rabelais gives his reader "licence" concerning his "pantagrueline Sentences" (a satire on Peter Lombard et al.) "to call them Diogenical." He parodies and greatly expands the account in Lucian's How to Write History of Diogenes' tub (Prologue to the Tiers Livre). The Tub, far more to Menippists than just clothing, reappears in Swift's Tale. A "tale of a tub" was, in the sixteenth and seventeenth centuries, an epithet for a kind of writing "suited to flimflam, idle discourse and a tale (sic) of a roasted horse" (A.C. Guthkelch and D.N. Smith, eds. of A Tale of a Tub). Equally, doggishness is invoked, as by Dunton:

"There stood Diogenes the Cynic, snarling at two Devils, that were going to Muzzle him, for he was so abominable Currish, he bit the Devils that came near him, His chief Clamour was... the Devils to quiet him, had promis'd to release him in Fifty years." (Second Part of the New Quevedo, p.78).

Menippus also appears frequently in Menippean literature, e.g., in Lucian, or in Butler's "Hudibras in Prose," Mercuriis Menippeus. Burton's use of Democritus is proverbial. This topic is related to the establishment of the pedigree of a satire, as to Dialogs of the Dead and Digressiveness of time. It allows the Cynic spirit to be injected directly into the work.

Do it Yourself. The reader is told to add to, subtract from or rearrange the materials of the text to suit himself. In a muted form, the reader is advised to skip certain chapters or sections of the work as worthless or as potentially offensive (as Sterne, to his sensitive female reader). In another variation, the reader is told to refer immediately to other places in the text, which may be real or imaginary, apposite or not. An aspect of digressiveness, this device breaks narrative and continuity and helps to attract attention to the act of reading and to the text as an artefact. Thus it is related to the topics, lacuna-making and lacuna-pretending. Swift: "The necessity of the Digression will easily excuse the length; and I have chosen for it as proper a Place as I could readily find. If the judicious Reader can assign a fitter, I do here empower him to remove it into any other Corner he pleases. And I so return with great Alacrity to pursue a more important Concern." Sterne opens Vol. V, Chapter X by inviting the reader to fill in his own reasons for the pause in Trim's oration.

Doggishness. This topic includes dog-conversation, dog-philosophy, and other references to dogs. Directly related to the Greek pun on dog and Cynic, this topic serves to establish Menippean pedigree and to introduce the Cynic attitude and tone into a satire. Cf., Lucian, Rabelais, Byron, and others. "The fourth dialogue in the Cymbalum Mundi of Despérieres is a conversation between two dogs, Hylactor, or 'Barker,' and Pamphagus, or 'Devour-all,' who are well-versed in the anti-conventional sentiments of early Greek Cynicism; they look upon the human race with snarling disdain." (Korkowski, p.231)

note to dear reader : THIS IS NOT WHERE THE PREFACE ENDETH 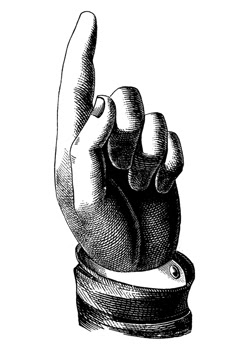 Email ThisBlogThis!Share to TwitterShare to FacebookShare to Pinterest
Labels: Menippean Topics file under D Descent into the Underworld or Afterlife to Doggishness