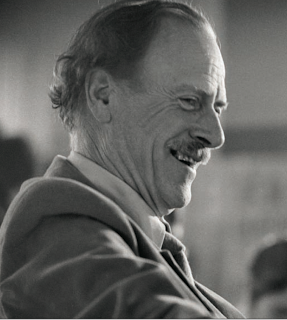 I do know that at one point during my first year as an undergraduate at St. Michael’s College in 1965 I became aware of a sensation close to awe emanating from the classroom of a professor in the College’s English department. This man’s classes, I heard, had something to do with “television.”
I didn’t know it at the time but that professor, Marshall McLuhan, was about to become internationally famous. He had already published two books, The Gutenberg Galaxy: The Making of Typographic Man (1962), and Understanding Media: The Extensions of Man (1964), which challenged the way we regard media of communication and technology in general. Shortly to come was a massive wave of publicity rarely granted an academic—an article in Harper’s magazine entitled “Marshall McLuhan: Canada’s Intellectual Comet,” a profile in New York magazine by Tom Wolfe, a cover story in Newsweek, an endless series of newspaper and television interviews. By the time I took a course from him in “Modern Poetry and Drama,” in 1968, he was a bona fide celebrity. MORE>>
Posted by Andrew Chrystall at 3:15 AM