Tweets From MoMday 10: A Provisional Chart of Topics and Themes 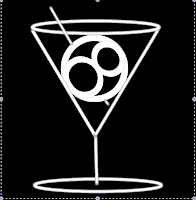 MoM NOW: My thanks for everyone involved. The seminar is still running if you have the STAMINA!