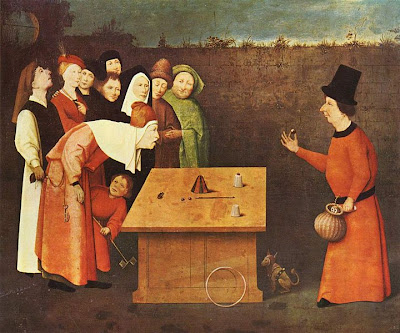 Language. A variety of topics appear under this heading, which designates matters pertaining to the language found in Menippean satires.


Bad Language. Mis-users of language are often a target of Menippean satires: this is an aspect of the Menippists' relation to grammar and its concerns. Korkowski: "One particular fraternity pretending to learning that has incurred Menippean censure, regardless of periods, is the mis-users of language: the rigid grammarian, the sophist who deals in glittering speech, the hack poet, the fanciful etymologist, the word-torturer, and the 'systematizer' of language are the genuine bétes-noires of the Menippist... on the theme of correct language and in degree of linguistic brilliance, Menippism as a species of controversy has no equal in quality. Bonaventure Despérieres' Cymbalum Mundi, Beroalde de Verville's Moyen de Parvenir and Swift's Tale of a Tub are to the problems of words what the very greatest thinkers' works have been to problems of philosophy." (pp.61-62) Cf. Pope's Peri Bathous (part of the "Martinus Scriblerus" project that produced other, independent Menippean productions, e.g., Gulliver's Travels). Finnegans Wake uses every rhetorical and grammatical device known, and every resource of the language-as-storehouse-of-experience. Joyce noted that he had to "put the language to sleep" to obtain the necessary freedom. The linguistic hi-jinx of the Wake are not without precedent, however. Rabelais used the Menippean form of language-tinkering. Apuleius, Martianus Capella and Alan of Lille wrote the most playful (to a Menippean; "tortured" to the sober critic) Latin extant. Following Rabelais, Etienne Taburot published his Les Bigarrures, a playful and exhaustive tampering with the humorous possibilities of disrupting the ordinary conventions of logical structure, sentence structure, word ordering and even letter orders; puns, obscenities, parodies of printed symbols, and relentless para-logical hoppings from one word to some strange equivalent or associated term, occur. His displays, however, tend to be little more than catalogs, set out one after the other, of ingenious lingual transpositions. (Korkowski, p.267)

Deluding Word. Words' numinosity is related to the topic of their correct usage and is persistent in Menippean satire. (All of the language topics - chief Menippean concerns - show the direct relation of these satirists to grammar.) Cf. the Obscure Epistolers, Martianus Capella (the aptness of the marriage of Mercury and Philology - rhetoric and grammar), Alan of Lille's De Planctu.

Fake Etymologies. This kind of grammatical horseplay by Menippists satirizes the sober ineptitude, clumsiness or superficial learning of the dialectician who tries to take over grammar with logic and philosophy. Equally, it is used to lampoon the inept or unlearned grammarian. Mostly in use since the nominalist/realist debate, it is related to the definition or the absolute meaning, or the absolute nature of things. Cf., Beroalde, Despérieres, Rabelais, Sanford's Mirror of Madness, Swift (e.g., "Antiquity of the English Tongue"). Its use is frequently accompanied by a display of erudition (real or fake, or both) of authorities in support of or contending about the etymologies. "The abnihilization of the etym" (FW 353.22). Related to Nothing.

Gibberish as language (see above).

Letters of the alphabet, as things, as praised, blamed, at peace or at war with each other, etc. This topic occurs often, from Lucian (The Consonants at Law) to Joyce (FW 119-123). Punctuation is also a topic, similarly handled (FW 124, for example), as are parts of speech. Cf. Guarnas' Bellum Grammaticale, Sterne on verbs (copular; copulation) and "auxiliaries," Alan of Lille.

Mixed Languages. This topic refers to the use of more than one language in a text, perhaps without adequate (or any) justification. A form of digressiveness, it can be related to tactics of violating decorum, as each language embodies the perceptions and experiences of the user culture, and it can include fake language (as in Gulliver's Travels). Among others, Varro and Burton display polyglottism. Sterne provides Slawkenbergii Fabella at the outset of Vol. IV (Tristram Shandy), accompanied by a simultaneous translation on the facing pages that is six times as long as the Latin. Joyce inserted sections in Latin and in French into Finnegans Wake, in "Finneganese," and his puns and thunders use fifty or more languages.

Prose-Verse Mixture was used in antiquity as the hallmark of Menippean satire and is still adhered to as a sine qua non by many classicists and critics. A digressive technique related structurally to both etymologies of satire, the mixing of verse with prose constituted a violation of decorum calculated to shock the sensibilities of the percipient reader or hearer into alertness. It is often combined with Joco-Seriousness (and related topics) as high style is employed on base matters, and vice-versa. A variation was the sprinkling, through a prose text or dialog, of lines and verses misappropriated (and misapplied, used on quite different subjects) from ancient or epic poets. Cf. Lucian's Charon.

Words as Gestures, and vice-versa. Words and language are used on a supra-semantic level where they shed their "contents" of usual meanings and function as eloquent acts. This topic is an aspect of all Menippean language-tinkering: the prime example is Joyce's thunders. For the reverse, gestures as words, see Rabelais, Gargantua 2; Pantagrual 19. In either variation it is a form of digression from normal accidence and syntax.

Words as Things, and vice-versa. The preceding topic draws attention to eloquence inherent in the formal character of utterance: this topic deals with the relation between language and artefacts. Both topics are grammatical and formal; though serious, this device is most often used ludicrously. Cf. Swift, Gulliver's Travels, Tale of a Tub. Things-as-words (or events) stand in direct relation to the Medieval grammarian's techniques of exegesis of the Liber Natura, a parallel text to the Liber Scriptura, echoes of which survive and persist in the poets. Cf. Don Juan, III.88 (note the Menippean-Cynic tone):


"But words are things, and a small drop of ink, Falling like dew, upon a thought, produces That which makes thousands, perhaps millions, think; T'is strange, the shortest letter which man uses Instead of speech, may form a lasting link Of ages; to what straits old Time reduces Frail men, when paper - even a rag like this, Survives himself, his tomb, and all that's his."

The written or printed word is a thing, inarticulate in itself.

Laughter. Laughter may be Democritean (e.g., Lucian and Burton), Diogenical (e.g., Rabelais), Wakean ("Lots of fun at Finnegans Wake") or routinely Cynic-Menippean. Both a topic and a tactic, laughter is indispensable to Cynic joco-seriousness, to retuning the reader's sensibilities by means of an engendered playfulness, and to curing him of undue or misplaced sobriety. In this regard it is related to topics of Digressiveness and of violations of decorum. Bakhtin has this as the quintessence of carnivalism, which he identifies with Menippism. Burton resounds with Democritus' laughter. Cynic laughter and wit runs through Beroalde, who notes in his first chapter that he directs laughter at the philosophers "because mirth must be restored." There's "lots of fun at Finnegans wake." 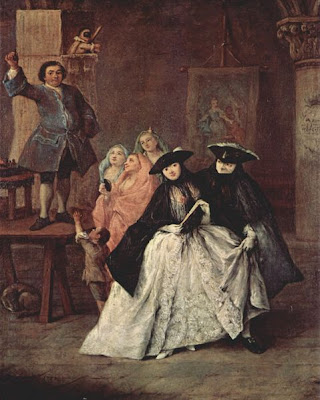