Menippean Topics: Philosophus Gloriosus to 'Putting On' The Reader 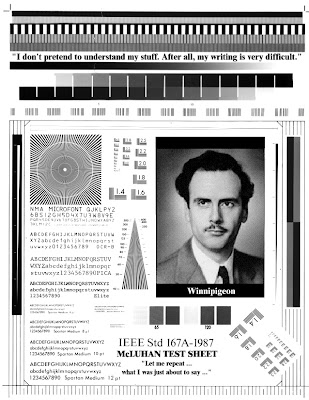 Philosophus Gloriosus. He is the favorite Menippean whipping-boy. Philosophers (dialecticians) are open to Menippean attack on several grounds. First, their whole enterprise is traditionally based upon abstraction of ideas and reasoning, which the Menippist can castigate as a form of undue exaggeration and equally as a retreat from reality. Second, their reliance on logic as a tool and the fine distinctions and rare abstraction into which that often leads also fuels the Menippean fire. The grammatical side of Menippean satire would have at the gloriosi in any case, as a skirmish in the quarrel of Ancient with Modern. Those are general terms: particular targets are more usually members of fashionable and pseudo-intellectual groups, as in Seneca's Apocolocyntosis (the ignoramus Claudius and his retinue of hack poets) or Petronius' Satyricon, or in Erasmus or Lucian, in Hudibras, or Tristram Shandy. Swift sent up one group in the Tale, quite another (the equivalent of the mad scientist) in Gulliver. Carlyle takes aim at the invasion of German philosophy in Sartor Resartus (tailors are second only to philosophers as Menippean targets), and Wyndham Lewis at Bloomsbury pretentiousness in his Apes of God. The pseudo-learned of all sorts are the favorite quarry: these fakes - the real gloriosi - have usurped the place of the genuinely learned, have bamboozled the less educated, and have used the appearance of learning and wisdom for worldly gain. They are as thieves and polluters. In our time, the bestseller writer is as much a gloriosus as was Locke in Sterne's.

Printing Conventions Trifled With. Cf. Parody, above. This topic concerns horseplay with the conventions of printed books. Practitioners include Rabelais, Nashe, Harington, Sterne, Joyce. In a variant, Rabelais (as Swift, etc.) claimed that his text had been botched by incompetent printers (a common enough complaint even now by authors): "For the benefit of the warriors I am about to rebroach my cask, the contents of which you would sufficiently have appreciated from my two earlier volumes if they had not been adulterated and spoiled by dishonest printers..."

Projectors as targets. This refers principally to the mad scientists and crazed philosophers of Swift's time (Cf. Philosophus Gloriosus): they seem to be accounted as of the same family as astrologers, alchemists, etc. Swift's "Grand Academy of Lagado" has an ancestor in Joseph Hall's Mundus alter et idem, an account of travels to and the fabulous goings-on at "Terra Australia Incognitis." The most populous region of Australia, Fooliana, has a university, called "whether-for-a-pennia," where specimen sciences are taught, including penny astrology. In one college, "Gewgawiasters" are busy inventing a way to blow soap bubbles from walnut shells: they have also invented projects and novelties in "games, buildings, garments and governments," and have devised a new language, the "Supermonicall tongue."

Reader. He is the real target of Cynic Menippism. The reader is kidded, cajoled, threatened, flattered, etc. by turns, and if the satire is successful he will enter into or put on the spirit of the work. Frequently, the author himself (or wearing one or another narrator's persona) will engage in lively discourse with the reader on any topic that comes to mind, including the right arrangement of the book, the reader's habits or his dress, etc. Like Swift before him, and Sterne after, D'Urfey's Gabriel John empowers his reader to transpose things to his own liking (in the section "Which end of a Book to begin at"). As Finnegans Wake is written in a circle, the reader can begin anywhere. Joyce expected his reader to abandon all other pursuits and devote full time to studying the Wake. Rabelais makes the same demand:

"I intend every reader to lay aside his business, to abandon his trade, to relinquish his profession, and to concentrate wholly upon my work. Rapt and absorbed, all might then learn these tales by heart, so that if ever the art of printing perished and books failed, these tales might be handed down, like mystic religious lore, through our children to posterity! Is there not greater profit in them than a rabble of critics would have you believe?" (Prologue to the Second Book)

Evidently, Menippists, like the Cynics, regard "staying awake" as a full-time business. Email ThisBlogThis!Share to TwitterShare to FacebookShare to Pinterest
Labels: Menippean Topics Philosophus Gloriosus to 'Putting On' The Reader