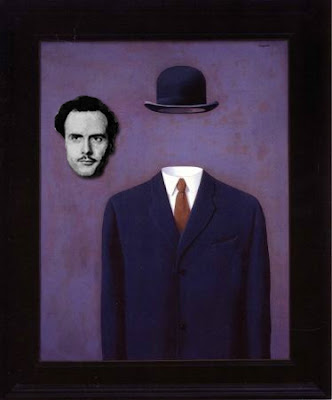 ...but if you insist on pinning me down about my own subjective reactions as I observe the reprimitivization of our culture, I would have to say that I view such upheavals with total personal dislike and dissatisfaction. I do see the prospect of a rich and creative retribalized society--free of the fragmentation and alienation of the mechanical age--emerging from this traumatic period of culture clash; but I have nothing but distaste for the process of change. As a man molded within the literate Western tradition, I do not personally cheer the dissolution of that tradition through the electric involvement of all the senses: I don't enjoy the destruction of neighborhoods by high-rises or revel in the pain of identity quest. No one could be less enthusiastic about these radical changes than myself. I am not, by temperament or conviction, a revolutionary; I would prefer a stable, changeless environment of modest services and human scale. TV and all the electric media are unraveling the entire fabric of our society, and as a man who is forced by circumstances to live within that society, I do not take delight in its disintegration.

You see, I am not a crusader; I imagine I would be most happy living in a secure preliterate environment; I would never attempt to change my world, for better or worse. Thus I derive no joy from observing the traumatic effects of media on man, although I do obtain satisfaction from grasping their modes of operation. Such comprehension is inherently cool, since it is simultaneously involvement and detachment. This posture is essential in studying media. One must begin by becoming extraenvironmental, putting oneself beyond the battle in order to study and understand the configuration of forces. It's vital to adopt a posture of arrogant superiority; instead of scurrying into a corner and wailing about what media are doing to us, one should charge straight ahead and kick them in the electrodes. They respond beautifully to such resolute treatment and soon become servants rather than masters. But without this detached involvement, I could never objectively observe media; it would be like an octopus grappling with the Empire State Building. So I employ the greatest boon of literate culture: the power of man to act without reaction--the sort of specialization by dissociation that has been the driving motive force behind Western civilization.

The Western world is being revolutionized by the electric media as rapidly as the East is being Westernized, and although the society that eventually emerges may be superior to our own, the process of change is agonizing. I must move through this pain-wracked transitional era as a scientist would move through a world of disease; once a surgeon becomes personally involved and disturbed about the condition of his patient, he loses the power to help that patient. Clinical detachment is not some kind of haughty pose I affect--nor does it reflect any lack of compassion on my part; it's simply a survival strategy. The world we are living in is not one I would have created on my own drawing board, but it's the one in which I must live, and in which the students I teach must live. If nothing else, I owe it to them to avoid the luxury of moral indignation or the troglodytic security of the ivory tower and to get down into the junk yard of environmental change and steam-shovel my way through to a comprehension of its contents and its lines of force--in order to understand how and why it is metamorphosing man.
Posted by quantum retrocausality at 11:34 AM

Email ThisBlogThis!Share to TwitterShare to FacebookShare to Pinterest
Labels: Le Pelerin The Pilgrim ... Such comprehension is inherently cool, since it is simultaneously involvement and detachment. This posture is essential in studying media.