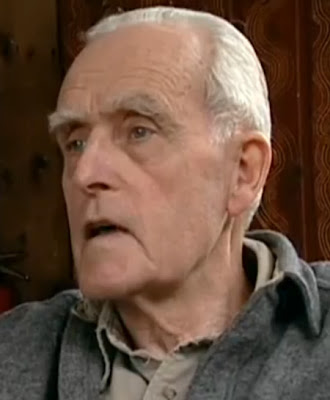 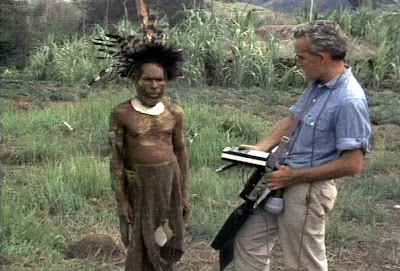 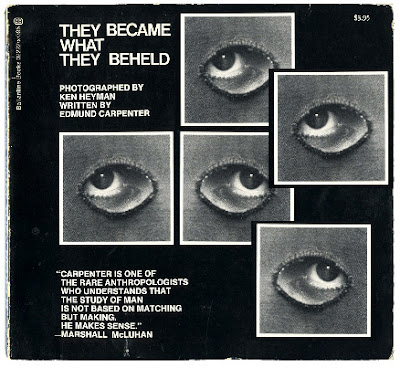 "Electricity has made angels of us all. Not angels in the Sunday school sense of being good or having wings, but spirit, freed from flesh, capable of instant transportation anywhere. The moment we pick up a phone, we’re nowhere in space—everywhere in spirit. That is Saint Augustine’s definition of God: a being whose center is everywhere, whose borders are nowhere." 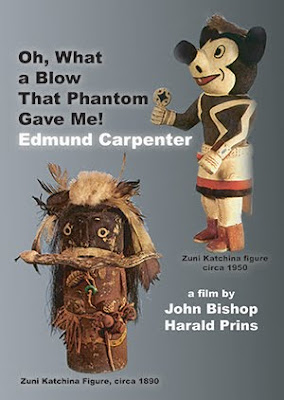 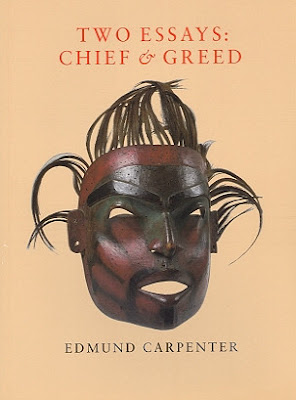 "In the world of electronic technology we humbly encounter the primitive as avant-garde. This search for the primitive is surely one of the most remarkable features of our age. It’s as if we feared we had carried too far our experiment in rationalism, but wouldn’t admit it. And so we called forth other cultures in exotic and disguised forms to administer all of those experiences suppressed among us." 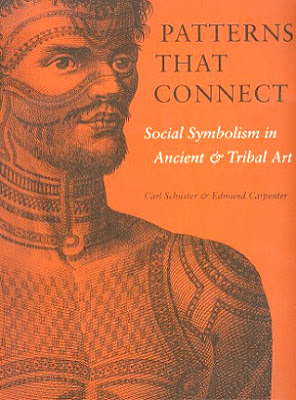 "The ability to close one eye at a time seems to be associated with literacy. Literacy involves a unique sensory pattern.It shatters the natural orchestration of the senses and permits far greater control over individual senses, especially when one sense is used in isolation."
Selected Bibliography Ted Carpenter : " Each medium, if its bias is properly exploited, reveals and communicates a unique aspect of reality, of truth. Each offers a different perspective, a way of seeing an otherwise hidden dimension of reality. It's not a question of one reality being true, and others distortions. One allows us to see from here, another from there, a third from still another perspective....New essentials are brought to the fore, including those made invisible by the "blinders" of the old language....This is why the preservation of book culture is as important as the development of TV. This is why new languages, instead of destroying old ones, serve as a stimulant to them. Only monopoly is destroyed....The appearance of a new medium often frees older media for creative effort." 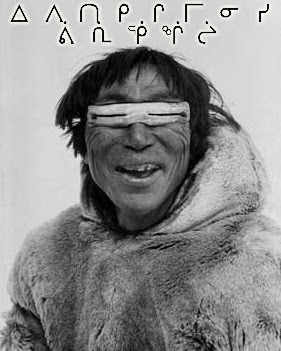 "In Eskimo, the word "to make poetry" is the word "to breathe"; both are derivatives of anerca--the soul, that which is eternal: the breath of life. A poem is words infused with breath or spirit ... Art and poetry are verbs, not nouns. Poems are improvised, not memorized; carvings are carved, not saved. The forms of art are familiar to all; examples need not be preserved. " 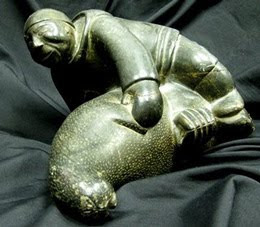 Carpenter from Eskimo Realities : " A distinctive mark of the traditional art is that many of the carvings, generally of sea mammals, won't stand up, but roll clumsily about. Each lacks a single, favored point of view, hence, a base. Indeed, they aren't intended to be set in place and viewed, but rather to be worn or handled, turned this way and that. I knew a trader with a fine, show-piece collection of such carvings who solved this problem by lightly filing each piece on "the bottom" to make it stand up, but alas he also made them stationary, something the carver never intended." 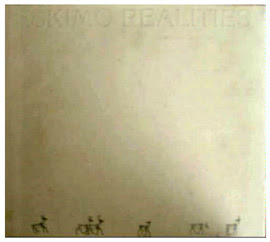 Carpenter on McLuhan : " Nothing could stop him.… I tell you, the ideas would just start pouring out. People used to shun him on the campus, because even though he was extremely friendly, when he would capture someone, it would be like a fire hose of the ideas coming out.... Marshall couldn’t stop talking. He couldn’t stop thinking. I mean, it just went on from one thing after another. You had to skip to keep up with him. And, of course, you can imagine the chaos that created in this conventional faculty in Toronto ..." 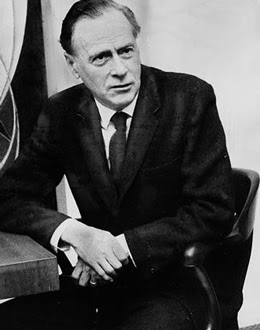 " He was basically a poet ... He was a jester, a shaman ... All wonderful personas, but none of them much welcome in the Academy then -- or now. The more popular he became, the more his colleagues questioned his insights. In retrospect, the backlash seems inevitable. ” 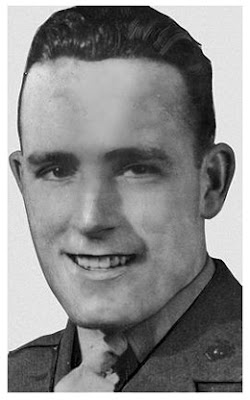 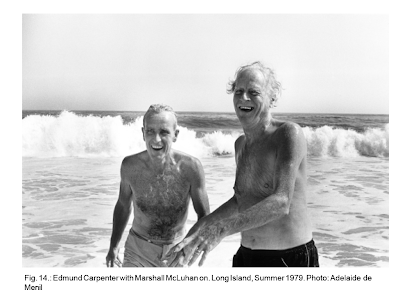 Carpenter and McLuhan would often walk around the city of Toronto indulging in their penchant for "perceiving patterns" in whatever they saw. Carpenter describes one such outing on a Toronto streetcar:

There were all the little widows in black, all the mean faces--it was a mean life then, and the faces reflected it--and Marshall began to talk about the ads on the streetcar in a very loud voice. He pointed to an ad of a girl drinking a Coke with some man watching her, and he said, "Coke sucker." I said, "Marshall, lower your voice." He was totally oblivious to the sound of his voice. And he went down the line and analyzed one ad after another. Everybody just looked straight ahead and pretended they didn't hear him." (qtd. in Marchand, 116)

Here were a couple of media tricksters creating a (barely) "tolerated margin of mess."

Posted by quantum retrocausality at 8:36 AM

"If Wittgenstein Had Been an Eskimo"
an essay by EDMUND CARPENTER is at
http://www.anderbo.com/anderbo1/aessay-04.html

("If Wittgenstein Had Been an Eskimo" originally appeared in the February 1980 issue of the magazine Natural History.)

Edmund "Ted" Snow Carpenter (September 2, 1922—July 1, 2011) was an anthropologist best known for his work on tribal art and visual media.
His 2011 book UPSIDE DOWN: Arctic Realities is distributed for The Menil Collection of Houston by Yale University Press.