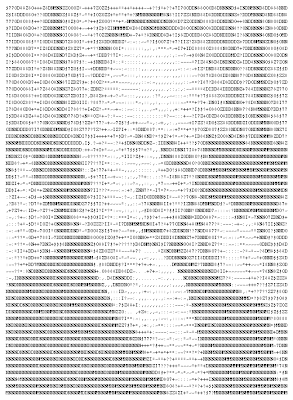 A Touch of Humor Wouldn't Hurt

The present book," says its author, "makes a few attempts to attack the very considerable currents and pressures set up around us today by the mechanical agencies of the press, radio, movies, and advertising." The use of large reproductions of advertisements illuminates the text and often powerfully reinforces it.

Herbert McLuhan is, happily, an indignant man. He is angry at many things. They range from what he calls "The Ballet Luce"--the magazines Time, Life, Fortune--to the Great Books program of the University of Chicago to Emily Post and coeducation in our schools. Other blasts are leveled at the professional mortician, Charles McCarthy, Thornton Wilder, life insurance salesmen, the New Look in masculine apparel, Momism, hosiery ads, the comic-strip and Reader's Digest.

Righteous anger has its uses, but it is here often abused to the detriment of the author's thesis that we are wallowing in vulgarity and shabbiness of values. A passionate no-sayer, he is sometimes carried away by his anger. Not content, for example, with celebrating a man of whom he approves- -Al Capp and his Li'l Abner--he sets Capp a little above Mark Twain and then applies the club to some of Capp's contemporaries. "Capp," he says, "wouldn't be seen dead with The New Yorker postulate that 'our intellectual and social standards offer a real basis for measuring the inadequacies of other sections of the community.' Arno, Nash, and Thurber are brittle, wistful little précieux beside Capp."

One can often share the author's indignation while believing that with some display of humor on his part he might have made his book more corrosively cleansing. As it is he is nearly always as solemn as Nazi propagandists who told Germans that we were a decadent people because we had tree-sitters, marathon dances and jazz bands: that our young men, "drugstore cowboys," were too soft to fight.

It is, of course, unfair to ask that a moralist be a humorist, but the humorist is nearly always a moralist. Certainly, speaking of us all, if we Americans had not lost so much of our sense of humor, much of the magnificently ridiculous advertising to which we are daily subjected would be whirled away in gales of laughter.

It is no derogation of McLuhan's book to say that some of it is repetitive and covers familiar ground. The Bible, by a process that would have horrified economical Greek writers, frequently achieves emphasis by repetition; nor can one strike out too often against the shabbiness of many of our values. Yet the idiocies of advertising, television, radio and the movies might yield the more to a less strident treatment than the author has given them. If he had toned down his words now and then, and had permitted himself a little humor--"amusement" to which he is given is not the same thing--his would have been a better book for a wider audience. Too often, however, his own voice is lost amid his voice shouting to be heard.
Posted by quantum retrocausality at 10:52 AM