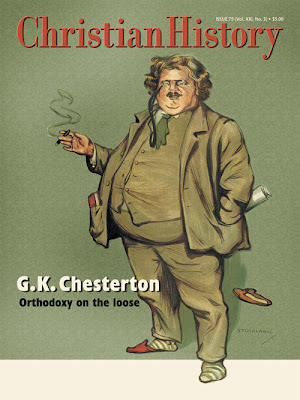 In a letter to Elsie McLuhan, written on September 5, 1931, McLuhan explained why he was converting to Catholicism and why Chesterton was a decisive factor :


The Catholic religion is the only religion - all sects are derivative. Buddhism and similar oriental philosophies and mythologies are not religions in any sense. They have no covenants and no sacraments and no theology... The Catholic Church does not despise or wantonly mortify those members and faculties which Christ deigned to assume. They are henceforth holy and blessed. Catholic culture produced Chaucer and his merry story-telling pilgrims. Licentious enthusiasm produced the lonely despair of Christian in Pilgrim’s Progress - what a different sort of pilgrim! Catholic culture produced Don Quixote and St. Francis and Rabelais.


What I wish to emphasize about them is their various and rich-hearted humanity. I need scarcely indicate that everything that is especially hateful and devilish and inhuman about the conditions and strains of modern industrial society is not only Protestant in origin, but it is their boast(!) to have originated it. You may know a thing by its fruits if you are silly enough or ignorant enough to wait that long. I find the fruits and the theory of our sects very bitter. Had I not encountered Chesterton I would have remained agnostic for many years at least. Chesterton did not convince me of religious faith, but he prevented my despair from becoming a habit or hardening into misanthropy. He opened my eyes to European culture and encouraged me to know it more closely. He taught me the reasons for all that in me was simply blind anger and misery.”

Posted by quantum retrocausality at 6:35 AM