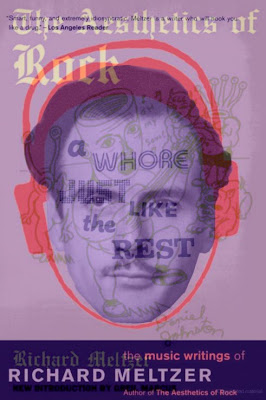 “Writing about music and dancing about architecture is totally appropriate when you understand the 20th century is largely a tactile, synaesthetic environment. It actually makes sense. We ARE writing about music, we ARE dancing about architecture because architecture could be expanded. If we move from the eye-man who has definite Oxford Dictionary definitions for architecture, all of modern 20th century art is to blur those distinctions that literacy creates and categories that are hardened — hardening of the categories — modern art likes to blur that, and to blur it is to move into the ear side of things. So architecture is not just buildings, it is the highways that are built, you know? The environments are architecture. So you expand the meaning of architecture and you say, ‘what is music?’ Well, McLuhan said that teenage music, ’50s rock and roll, was not music, it was an environment. And that’s a correct way to begin to approach rock ‘n’ roll because it is electrified, and it is perceived in all different kinds of acoustic mediums: radio, transistors, concert halls, loud, soft… So, since it’s synaesthetic, the communication environment — when we’re inside a building and we’re listening to radio, we’re not limited to the building! We’re listening to something that’s coming through, we’re discarnate. So to actually determine where you are from the eye point of view is limited; to determine where you are from the ear point of view is limited. To determine through the kinetic expression, like dancing, is limited. You have to realize that writing is music is dancing is architecture is — tactile implosion. So when you know that the senses and the machines that are extensions of our senses are imploded, increasingly as the 20th century unfolds you can — you know that, as McLuhan said, the 20th century is a surrealistic canvas from the get-go.

“So you see… an ear person, with an ear bias, would say, no, music is an antidote to the stupid literate guys — you know, the scientists, the writers. We loosen you up when you come to our club; you’ve been reading your newspapers and accounting books all day long, we loosen you up, get you out of the visual space trance. So the musician would say, we don’t want to hear about your writing, we’re here to cancel the effect of writing, so don’t even begin to write about it. So that’s the fanatic of the ear. The fanatic of the eye would say, okay, architecture is a building, and it’s a library, and you don’t make noise and you don’t dance in here. Because the eye guy says architecture is limited to what you think a building is, and doesn’t notice the ear qualities, the tactile, kinesthetic, other forms of media sensibility. So both the eye and the ear are biased. So the ear guy says, ‘No writing about music!’ And the eye guy says, ‘No dancing about architecture!’ It’s an eye thing, you must know your draftsmen ability, you must know how to critique and see the lay of the building and the engineering. That’s all eye stuff. So the eye guy doesn’t tolerate dancing. So — what is it? “Writing about music is like dancing about architecture.” So the eye guy would not appreciate Merce Cunningham or Martha Graham’s interpretation of architecture or something like that. It’s interesting, I can understand a musician saying no writing about music — I mean, a phonetic musician. A cool musician, you know, a comprehensive musician, wouldn’t be limited to that. They’d enjoy the writing because it’s translating your music into another sense and that’s the only way you can know anything, by translating one thing into another modality.” 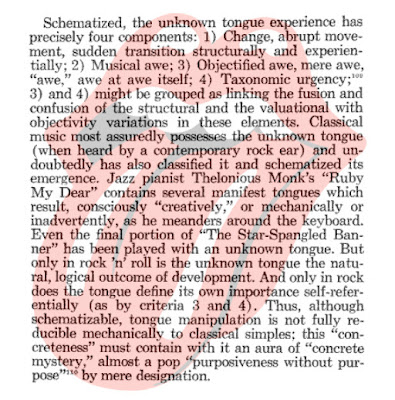 EPISODE #8 (Jan. 18, 2010): Readings from the "Top Forty" chapter in Geoffrey O'Brien's Sonata for Jukebox: An Autobiography of My Ears.

EPISODE #7 (Jan. 11, 2010): Noise Annoys? Chat takes off from the sub-title of David Stubbs's Fear of Music: "Why do people get Rothko but not Stockhausen?" Quotes drawn in as well from the noise chapter in Chuck Eddy's The Accidental Evolution of Rock 'n' Roll.

EPISODE #6 (Dec 21, 2009): Scott replays a scene from Bob & Ben #31 and throws a bit of Frith in the mix. Bob counters with Arthur Kroker (re: abuse value; "crash music"; music as ground, etc.). Also touched upon in this most footnotey of episodes: death of the music blogosphere as presage of the crash of Wall St.; boom boxes & iPods; Broken Social Scene & David Newfeld; the "anti-thinkingness" of rock.

EPISODE #5 (Dec 7, 2009): Are We Not Dead? A discussion of Bangs's 1978 Richard Hell profile ("Death Means Never Having to Say You're Incomplete") segues into a forgotten Dylan quote (from his '78 Playboy interview) regarding death and fingernail clippings.

EPISODE #4 (Nov 29, 2009): The role of the critic, historically and now; how to read Finnegans Wake; Richard Meltzer vs. Frank Zappa vs. Marshall McLuhan...

EPISODE #3 (Nov 22, 2009): On the futility of having a point of view; clarifying Meltzer's use of "Surfin' Bird" in Aesthetics; also, why doesn't rock criticism tackle the Big Questions?

cf. Lyrics to "Surfin' Bird" by the Trashmen 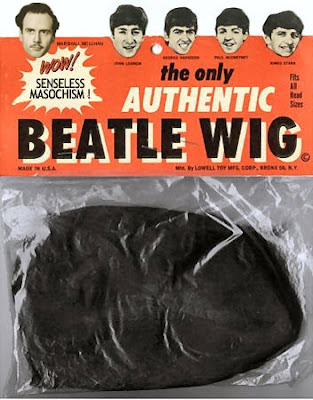 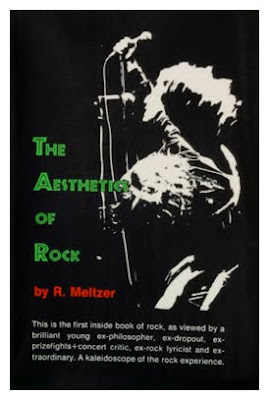 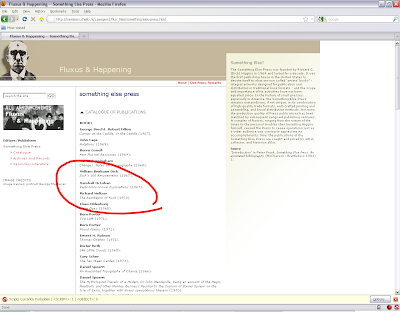 Posted by quantum retrocausality at 12:50 PM