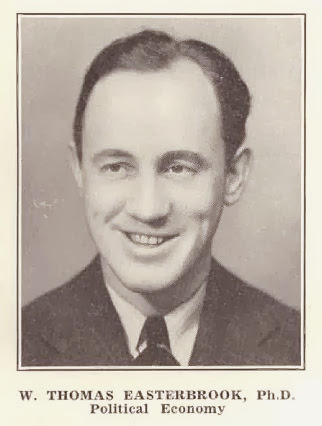 McLuhan : We had an absolute agreement between ourselves to disagree on everything and this kept up a very ...

McLuhan : ... hot dialogue from morning til night for years in Winnipeg which carried us on foot across town at night, late at night till three or four in the morning, back and forth across the city. 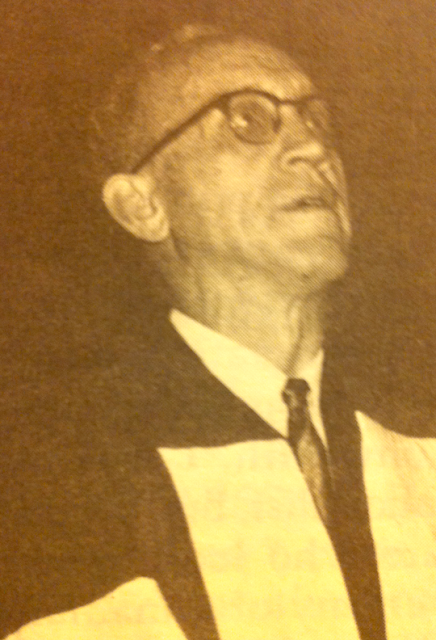 Born in Winnipeg on 4 December 1907, son of William James Easterbrook and Emily McKerr, he took his early education in Winnipeg, matriculating from Daniel McIntyre High School. He attended the University of Manitoba. During his undergraduate degree he received several Isbister Scholarships, and upon graduation in 1933 he received the Royal Bank’s economics fellowship.

In 1941 he was among the first Canadians to receive a John Simon Guggenheim Memorial Fellowship. His project for the fellowship was Studies in the Economic History of the Pacific Northwest. In 1963 he was awarded an honorary doctorate by the University of Manitoba. 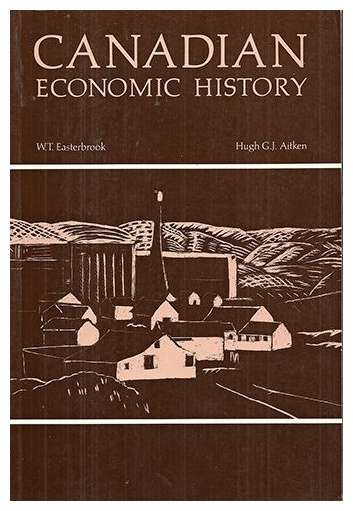 W. T. .J. Easterbrook was born in Winnipeg on the 4th of December in 1907. He received his Bachelor of Arts degree from the University of Manitoba in 1933 , an M.A. from the University of Toronto in economics in 1935 and a Ph.D. from Harvard in 1938. After teaching for some years at the University of Manitoba, he joined the University of Toronto in 1947. He succeeded C.A. Ashley as chair of the Department of Political Economy in 1961 and held the position until 1970. His publications included Canadian Economic History, a textbook written with co-author Hugh Aitken in 1956. It was used by students for more than 30 years. Other books included Farm Credit in Canada and, in collaboration with Mel Watkins, Approaches to Canadian Economic History, and The Climate of Enterprise. He died in Toronto on March 27, 1985.

Scope and content: Correspondence, memoranda, reports, notes, lecture notes, and manuscripts, workshop papers, student essays, articles and offprints documenting the activities of W. T. Easterbrook as a professor in and head of the Department of Political Economy, University of Toronto. Also includes correspondence about the death of Harold Innis including those taken from discussions with Innis during the latter's last months, notes by him on research projects, and typescripts of some of his manuscripts and articles.

Oral history interview conducted by Paul A. Bator. Covers family background and early education through post- retirement activities, ca. 1934-1978. Focusses on his graduate work and career at Brandon College, University of California (Berkley), Harvard University and the University of Toronto's Dept. of Political Economy, its faculty, students and curricula, the effects of the Great Depression and World War II, information theory and the move to unicameralism at the University of Toronto.

In 1931, Easterbrook gave McLuhan a copy of Chesterton’s What’s Wrong with the World ? which delighted and inspired McLuhan. On July 31, 1931, McLuhan was excited enough to declare, “No matter what, G.K. had [something] to say on any subject however irrelevant in such a manner as to make the connection at once obvious and important. Few writers, yes I can say, no other writer, has ever before been able to arouse my enthusiasm for ideas as has G.K.”

Read about McLuhan's European Vacation with Easterbrook : A Grand Tour for $300 (1933)
[first published in The Manitoban]

See also by Mel Watkins : http://sce.library.utoronto.ca/index.php/Easterbrook,_William_Thomas_James
Posted by quantum retrocausality at 2:22 AM