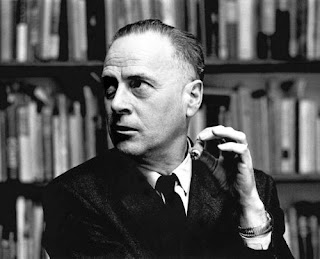 Marshall McLuhan’s The Medium Is the Message draws to a close with these remarks:

If the formative power in the media are the media themselves, that raises a host of large matters that can only be mentioned here, although they deserve volumes. Namely, that technological media are staples or natural resources, exactly as are coal and cotton and oil. Anybody will concede that [a] society whose economy is dependent upon one or two major staples like cotton, or grain, or lumber, or fish, or cattle, is going to have some obvious social patterns of organization as a result … [f]or a society configured by reliance on a few commodities accepts them as a social bond quite as much as the metropolis does the press. Cotton and oil, like radio and TV, become “fixed charges” on the entire psychic life of the community. And this pervasive fact creates the unique cultural flavor of any society. It pays through the nose and all its other senses for each staple that shapes its life. (Understanding Media, p. 21)

It should be easy for Newfoundlanders to see how a staple like fish becomes a “fixed charge on the entire psychic life of the community”. McLuhan compares “technological media” to “natural resources”, but as I see it, oil already is a medium in McLuhan’s sense. It’s currently relevant for Newfoundland for obvious reasons. But its relevance is global as well as local, since oil remains humanity’s supreme energy source. Oil is also the material basis of contemporary mass production. Without it the consumer economy would be unthinkable.

Everyone wants prosperity, but oil’s controversy grows with our awareness of its risks. Those risks meet many responses, ranging from those which advocate rejecting “technology” and returning to “natural” life, to claims that consumer choice can save us, to denials of any problems, to nihilistic approaches: we’ll follow our destructive nature to its logical conclusion, and then the earth will heal itself. I won’t address the last two kinds of response, mostly because they’re uninteresting. The first two, however, are interesting, and I’ll return to them.

I started thinking about oil in connection with McLuhan because oil has a curious dual character that McLuhan’s thinking can uncover. In the everyday, oil appears as a “boutique” commodity, at our disposal and for our convenience. Its price fluctuations show it eludes control more than we’d like, but we know that that’s inherent in free markets and therefore to the life of a free society. This is the perspective that McLuhan thinks is too limited.

History is turning into a white-knuckle ride…We become more intense beings, jacked up on the audiovisual delivery systems of history…


In Understanding Media, McLuhan pays a lot of attention to the radical effects of electric media. In the previous article I discussed one of those effects, that of the instantaneous apprehension of global events which has made us “historical” beings par excellence. Before telecommunications emerged, we were unable to judge global events, real-time, against various theories of history. The same technology that, last year, had many cheering events in Egypt as human freedom’s inevitable self-assertion proved to perhaps just as many this year that the Arab world can’t escape its “history”: backwardness, barbarism and tyranny. That it’s now possible to make and broadly communicate such judgment calls is no doubt a reason why history is turning into a white-knuckle ride: if every event is globally deliverable as a world historical crisis, every moment is that much more intense; our “sensorium”, as McLuhan calls it, that much more vivid, overwhelming—and dangerous. We become more intense beings, jacked up on the audiovisual delivery systems of history; flightier, more tentative, habitually on edge. Our psychic reflexes are re-tuned, our reasoning relocated to new territory.

The question is: what has oil done with us? What’s the “set-up”? We can sketch an answer in relation to the two interesting responses to oil that I mentioned above. For the first, the solution is to return humanity to its “natural character” by removing technology like clothing. For the second, individual choice is the way out. Choice is inviolable, inalienable and intrinsically good, and if consumers don’t overwhelmingly choose to reject oil by consuming differently, then what’s left to say? The individual is not to be pushed around.

Both responses miss the set-up. The first, because it thinks that media are somehow alien to humanity; the second, because it takes things like “choice” to be self-evident and relies on current attitudes about freedom and individuality made possible by oil. In each case, we find a mythos about what the French thinker Maurice Blanchot calls “man at point zero”: humanity out of context, isolated from the earth, history and even the universe (Friendship, 1971, 73-82). It’s as if the solution is to rediscover our nature, whose concealment was just a mistake. The relationship between choice and freedom isn’t new; it’s been a philosophical and political problem since antiquity. Over that time, “choice” has been consistently rejected as the essence of freedom since, for one thing, there’s no absolute distinction between self-caused and externally caused choosing.

The problem still applies: today, our society generally accepts “choice” as freedom’s essence. Not coincidentally, freedom so conceived lies at the heart of the consumer economy. Economic health requires the rate of consumption and the production of new desires to match and support the pace of production, innovation and obsolescence. “Choice” among proliferating options partially drives this kind of economy; the other great economic motive force being “competition”.

The problem of choice

Here’s the difficulty: today, the consumer economy relies on material goods, most of which involve the use of oil, including food. I suggest that “choice” would never have gained such social and political momentum without oil, and therefore that “choice” as a solution to oil must be thoroughly assessed. First, “choice” seems to assume that a major consumer shift would deliver us from oil with relatively insignificant social, political or economic disruptions: no big deal, just consumer trends shifting and inducing market realignments! Additionally, our society shies away from thinking about desire-formation, except when it comes to “pathological”, deviant, or kinky desires. Marketers and advertisers know that “normal” desires equally involve processes of formation, but it barely registers in “serious” talk, probably partly because that would question the individual’s sovereignty—very poor manners.


It’s one thing to not buy a TV; it’s another to reinvent a world’s relationship to speed and distance.


It’s a complicated matter. Overcoming oil via “choice” means that people would have to examine how they’ve come to desire as they do, which means seriously questioning whether they can draw the line between their “true” desires and those acquired by suggestion or coercion. It also means making the analysis of desire-formation a mainstream motif of public and individual self-understanding. Finally, it also means taking “choice” out of its context and inserting it elsewhere. Easier said than done: if, as I think, McLuhan is right, set-ups affect us at the level of habit and not just at that of individual decisions.

Oil forms a deep current in the ocean of habits of which our intentional actions are only wave-crests. It escapes regular attentiveness, and supplanting it would involve an enormous effort to alter our habits. It’s one thing to not buy a TV; it’s another to reinvent a world’s relationship to speed and distance. It’s also doubtful whether supplanting oil would leave current conceptions of things like individuality and freedom intact. It’s therefore possible that such a shift really would entail the end of civilization as we know it—which means that and only that. Apocalyptic imagery evokes our failure to have changed and thus depicts the present rather than the future.

This analysis is incomplete: talking about the mere existence of oil and its products isn’t enough. As McLuhan points out in Understanding Media, Chapter 5, the “hybrid of the meeting of two media is a moment of truth and revelation from which new form is born” (p. 55). I’ll conclude with McLuhan next time by considering the consumer economy. It’s made possible by oil, but its distinct ethical and social values intersect with oil’s potential. At this intersection, the set-up murmurs through the noise of the everyday.
Posted by Andrew Chrystall at 1:41 PM

By entitling oil to medium-status while McLuhan suggest the opposite — oil-status should be granted to medium — enormous confusion ensues. Mentions of McLuhan’s key theories is purely incidental, this article pursues the tradition of studying how natural resources and derived products drive human society, hence the discussion on oil packaging and the abundance or lack of natural resources and some kind of hidden conspiracy on the part of industry and politics and deviant choices.

Medium as staple takes Innis up on what McLuhan perceived as a shortcoming of his communication theory: “It did not occur to him that our philosophy [since the Greeks] systematically excludes techne from its meditations” (Letter to Claude Bissel, March 23, 1971), “the Greeks had provided entelechies or had studied the patterns of energy relating to natural forms, but had ignored the same where art and technology were in play.” (Letter to John Wain, April 2, 1971) Consequently, as the introducing quote to the article suggests, the human artifacts have been denied the staple-status for so long, while natural resources did not, whereas both have deep implications on the balance of human society and organisation (Innis) and human sensorium (McLuhan).

If any medium is an extension of the human sensorium (cf. The Gutenberg Galaxy, p. 4; Understanding Media, critical edition, p. 19; The Medium is the Massage, p. 26-40; etc.), or more generally speaking, “all of man’s artefacts […] are extensions of physical human body or the mind” (The Laws of Media, p. 93), what would oil be the extension of?

This question will probably remain unanswered since the laws of media only apply to human artifacts, not to nature and its natural byproducts.

Two years ago, while sharing my ignorance with a group of friends after wandering awhile in the grand cognitive interspace, it occurred to me that the grammar of the consumer economy is made of plastics. Plastics, a made-man material derived from, you guess it, petroleum and natural gas, are found in every damn thing that makes the consumer society possible. As an extension of skin and bones, plastics mainly serve as a container, be it a deep-freezer dinner or an airplane seat. Other natural materials have been given plastic properties lately, aluminum, to name one, which can be found in any hype consumer product. Due to its containment nature, the environment created by plastics is totally invisible to us.