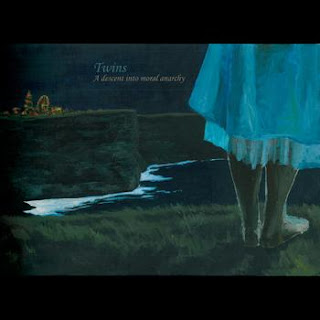 Letter from McLuhan to Morse (1970)
"Many people seem to assume that massive technological developments are the “hand of God” or the “voice” of evolution. The human environment is now man made. Nature has been supplanted. This puts the moralist in an entirely new position for which there is no precedent."

McLuhan to Skinner (1978)
Twentieth century man— electronic man— has now lived minus a physical body for some decades. In fact, he has become discarnate, and has become accustomed to substituting an abstract image for his physical being. The telephone is the most prominent of these discarnating instruments, and underpins all the effects that go with the discarnate state, Discarnate man has no relation to Natural law, and thus has no private identity and no relation to natural morality. The moral anarchy of our time is directly related to our electric technology, which is totally overlooked by the commentators on the impact of the telephone.

McLuhan to Clare Booth-Luce (1979)
On the telephone, or on the air, man is in every sense discarnate, existing as an abstract image, a figure without a body. The Cheshire cat in Alice in Wonderland is a kind of parallel to our state When discarnate, man has no identity, and is not subject to natural law. In fact he has no basis for Morals of any sort. As electric information, moved at the speed of light, man is a nobody. When deprived of his identity, man becomes violent in divers ways. Violence is the quest for identity.
Posted by Andrew Chrystall at 9:21 PM