The Sin of HCE in Phoenix Park 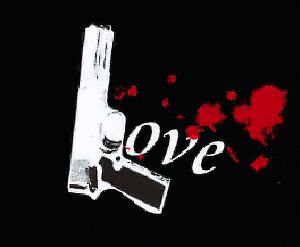 Dear Wilfred:
I enclose a letter from Ted Carpenter about the role of cliché in preliterate culture. Eric has worked out that the sin committed by HCE in Phoenix park is language itself i.e. the ultimate self-exhibitionism, the ultimate uttering. This is all in the Wake around p. 506 ff. This uttering is the means of taking HCE out of the woods into the world of the self-consciousness and guilt. The Cad in the park bears a weapon, a pipe, a gun. Love is being transformed by high definition into weaponry. Cad = cadet = lower branch; higher and lower apes.
Apropos the ten thunder claps, notice that the first one is one page 3 and the last one is on page 424. The first one is on page 3 and the last one on page 424. The first one would seem to be prehistory, the second post-history i.e. the first and last are out of time. The last one is TV and its tactility is the main theme of 506 ff. in The Wake. Tactility is directly related to Thomism and St. Thomas. It is explicitly the inclusive circle of the sense in interplay. All that Harley Parker have done on Space in Poetry and Painting gets a good deal of explicit play in the Wake. The same is probably true of what we are doing in C/A. Joyce opined that it would take scholars 300 years to decipher The Wake. I think we have decimated his prophecy. No major facet or feature remains to be explicated.
Just talked with TCA and they conform that it is possible to go to San Francisco via Edmonton and Vancouver. Corrine and I have been invited to San Francisco for the second week of August. Would it be agreeable to Sheila and you if we were to stop over in Edmonton for a couple of days? Say August 6 and 7?
Fondly
Marshall
Posted by Andrew Chrystall at 3:47 AM

Email ThisBlogThis!Share to TwitterShare to FacebookShare to Pinterest
Labels: letter to Wilfred Watson ... No major facet or feature of The Wake remains to be explicated.