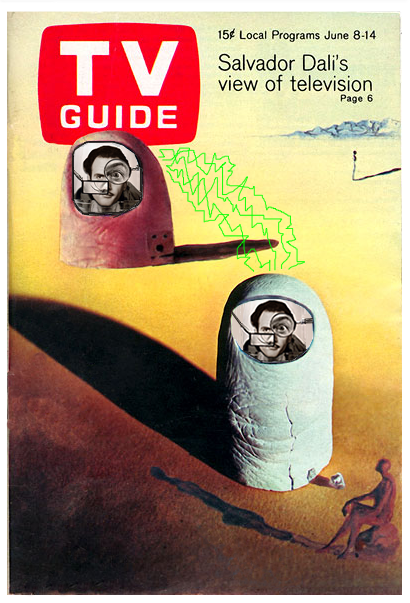 "The cover of the June 8 - 14 TV Guide is a Dali masterpiece. It manifests in detail the tactile quality of the TV image. The extension of the central nervous system via electricity is environmentally indicated in the upper right corner by a segment of brain tissue. The two thumbs with the TV images on the nails are carefully separated to indicate the "gap" or interval constituted by touch. The age of tactility via television and radio is one of innumerable interfaces or "gaps" that replace the old connections, legal, literate and visual." 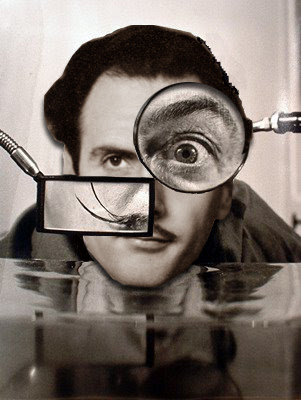 Posted by quantum retrocausality at 7:12 AM