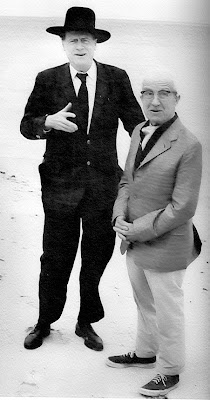 143. The successor to politics will be propaganda. - M.M.

144. Politics will eventually be replaced by imagery. The politician will be only too happy to abdicate in favor of his image, because the image will be so much more powerful than he could ever be. - M.M.

145. My interest in popular culture as an art form arouses uneasiness in many quarters. Manipulators of these arts seem to panic whenever their efforts are regarded seriously. - M.M.

146. Some of my fellow academics are very hostile, but I sympathize with them. They've been asleep for five hundred years and they don't like anybody who comes along and stirs them up. - M.M.

148. McLuhan had a notorious sense of humour. Jokes, he said, are a cover for hidden grievance. - F. Zingrone

149. Freud also says that art is playing with crap, so he must have believed himself to be an artist. - F. Zingrone

150. Grammarians from Augustine to Bacon viewed Nature as a Book, but one for which the language had been lost. - F. Zingrone

151. McLuhan regarded dialecticians as obsolescent now that electric process had retrieved paradox and uncertainty by its effects on thought and perception. - F. Zingrone

152. Marshall always held that clothing was a medium of communication, but I discovered that he knew almost nothing about clothing and cared less. - F. Zingrone

153. Bucky Fuller and M.M. were prophets in the wilderness -- and far, far away, it seemed, even from an oasis, let alone their Promised Land. - Peter Drucker
Posted by Andrew Chrystall at 4:41 PM