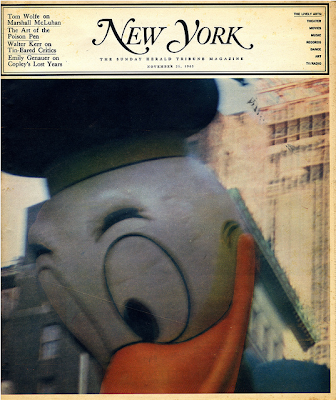 McLuhan benefits from the New Journalism's ALL CAPS :

Gentlemen, the General Electric Company makes a considerable portion of its profits from electric light bulbs, but it is not yet discovered that it is not in the light bulb business but in the business of moving information. Quite as much as A. T. & T. Yes. Of course-I-am-willing-to-be-patient. He pulls his chin down into his neck and looks up out of his ion' Scotch-lairdly face. Yes. The electric light is pun information it is a medium without a message as it were Yes. Light is a self- contained communications system in which the medium is the message Just think that over for a moment-I-am-willing-to-be - When IBM discovered that it was not in the business of making office equipment or business machines

- but that it was in the business 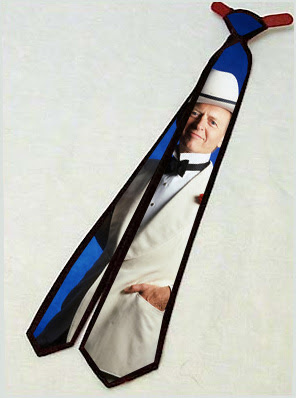 “The first thing I noticed about him was that he wore some kind of trick snap-on neck tie
with hidden plastic cheaters on it. … I couldn’t keep my eyes off it.” - Tom Wolfe 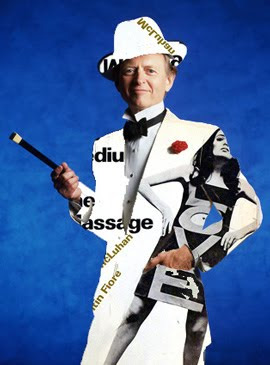 McLuhan's alternate title for Wolfe's essay " What If He's Right ? " :
" I'd Rather Be Wrong. "
The experience with Wolfe held forth the pattern for future reversionings of the McLuhan myth by future pundits. Theall says it well. "Wolfe is indicative of what McLuhanism was to become, since he creates a virtual McLuhan, who will be re-created again and again, a situation McLuhan invites because, as a pop poet, he is also crafting Marshall McLuhan as the pop poem. While others who follow may produce differing McLuhan’s, in a way they will all be different, as most of the varying exegeses of a modernist poem differ."

Posted by quantum retrocausality at 6:40 AM