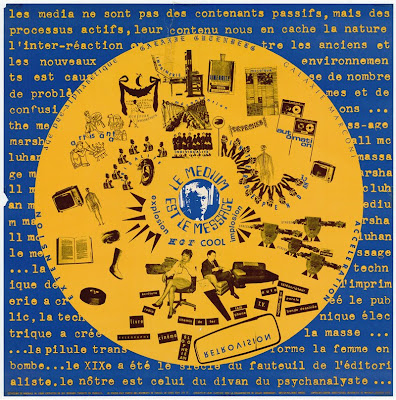 One of the obligations of reading a good book-and one of the delights-is that of rereading it after a suitable time has passed. So with Percy's Reliques, for example, or Fowles' Mantissa, or Pound's ABC of Reading, or Four Quartets, or G.K. Chesterton's Orthodoxy, and so on. Recently I found Sheila Watson's The Double Hook in my hands again, and found my father had made a remarkable comment in the margin. In his introduction to McLelland & Stewart's 1966 re-issue, John Grube had written à propos Mrs. Watson's use of such basic patterns as the four elements, fire, earth, air and water, that "they are basic to the 'collective inconscious' of the human race, to the racial memory of man." He continued:

This symbolic pattern in its turn determines certain other aspects of the novel. The town James visits has no name. Its bank, hotel, bar, and brothel could be made of cardboard, put up for the day for the filming of a Western. This is deliberate. It is as though the author had said: "Take any town. Call it X." The setting must be somehow familiar yet universal. In addition, Mrs. Watson wishes to demonstrate that the film Western, although it contains all the material for a great work of art, has so far failed to produce one. Popular culture has its limits. These she "explodes," creating what she has called an "anti-Western."

In the margin, beside this paragraph, my father has written, "le McLuhanisme pure et simple."